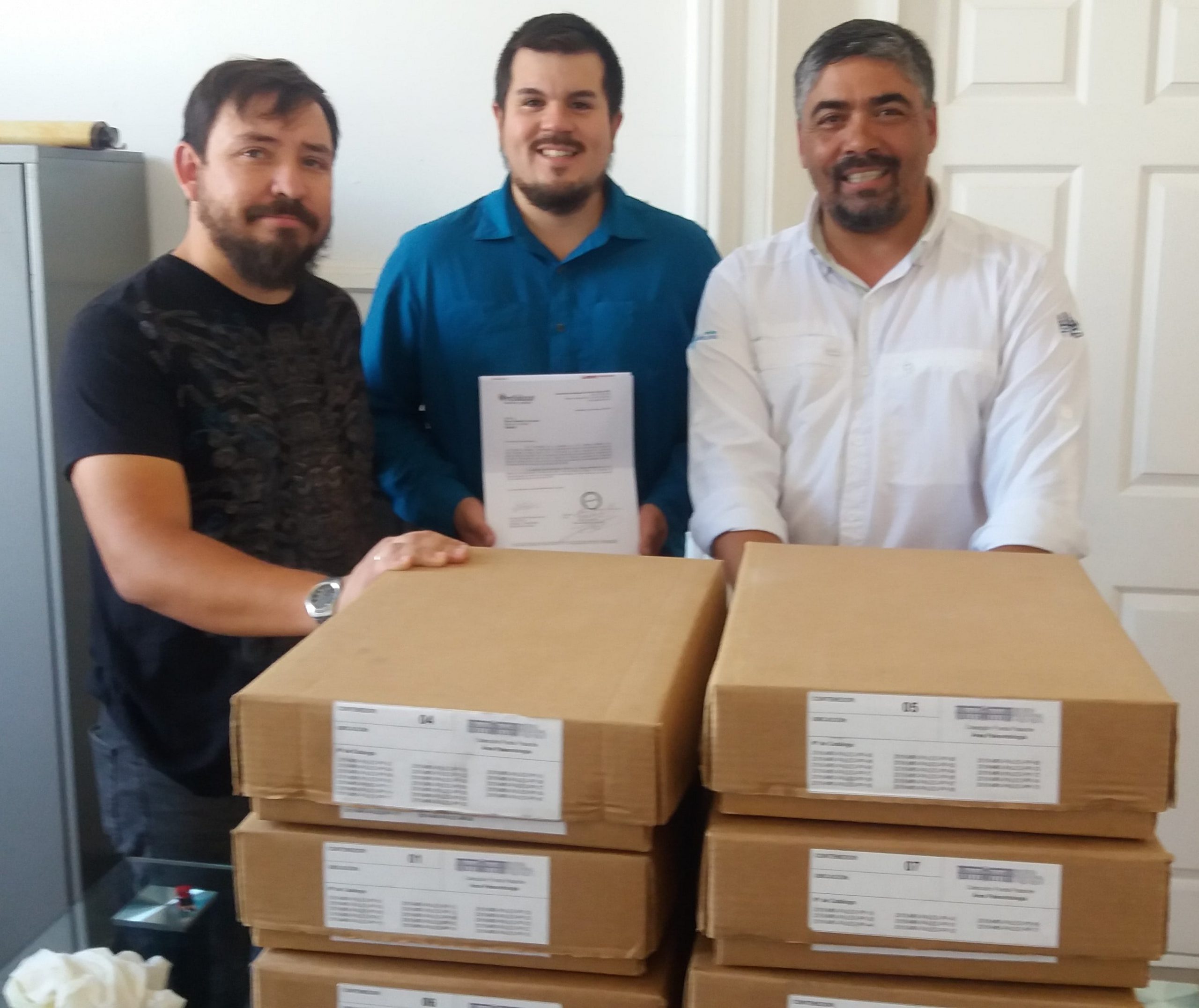 CMC, preparing a land for a new storage field located on Route A1 (app. 65 km South of the city of Iquique) prior to the same work, hired a paleontologist to make a study of what species may have inhabited that sector and after some time of research, he was able to detect the species and period in which they inhabited that area.

The species found were ordered, a complete detail was prepared and all the information and findings were donated to the Regional Museum of Iquique and its Director, Mr. Luis Perez received it.